Fournissez-vous des instructions de montage avec vos produits?
I have fog in the headlights, what should I do?

Afraid of condensation in the headlights?

Headlights fog up for the same reason windows fog up: everyone knows what condensation is, and no one cares when it's there! Windows fog up when the temperature outside is lower than inside, usually during the coldest and most humid times of the year. The same thing happens for the headlights: due to the weather conditions, a layer of fog forms inside the optics, which is responsible for the fogging. To eliminate it, it is unfortunately not enough to turn on the heating or the air conditioning, as is done for the windows.
To tell the truth, there is a similar system for the headlights which however is not as efficient. Because the heat emitted by the headlight bulbs has a similar demisting effect to hot air from a fan, rolling with the headlights on helps prevent condensation buildup. However, modern light sources generate less heat than halogen and incandescent lamps: indeed, xenon headlights tend to fog up more than headlights that use halogen lamps.
Paradoxically, it is the most advanced headlights - those with LEDs - that are most affected by this phenomenon, since modern light sources do not emit heat.

Designers have been studying this problem for a long time, aggravated by the fact that the headlights grow larger and, as a result, contain more air. When the car is moving, the air heats up due to the heating of the headlights and the engine. Almost all modern headlights are equipped with a ventilation system that prevents pressure buildup by moving hot air, and is designed to block the ingress of water. However, according to the laws of physics, air is drawn in from the outside when it has cooled inside. If, due to atmospheric conditions, the outside air is humid, condensation will form inside the headlight.
The fog disappears when the headlights are on; designers attempt to speed up the process by diverting waste heat from the lamps or power supply to the headlamp shell. Despite efforts, hot air often does not reach the farthest points of the envelope, which therefore remain misted for longer. The complete demisting of the optics depends on the atmospheric conditions and the humidity level. If the vehicle is stationary, it takes longer and a higher outside temperature for the condensation to disappear.
Daytime running lights often make the situation worse. As they generally use LED sources, these lights generate much less heat than low beams and are installed as a separate unit. Therefore, if you want to avoid fogging, in autumn and winter it is best to drive with the dipped headlights on and the daytime running lights off, and not the other way around.

All modern headlights are vented through small holes at the top and bottom. Ideally, they allow a slight flow of air through the enclosure. If there were no ventilation, the condensation could never go away. However, this airflow can also allow moisture to enter the headlight. And then, the same thing happens for the glass of the headlight as for the windows of a car when it is cold outside and hot inside. You get a thin film of condensation.

No. Like we said, it's like your windows are fogging up. And likewise, it goes away on its own in most cases. The only difference is that inside the car you can turn on a fan to quickly remove the condensation, while there is no fan in the headlight, except in those equipped with LEDs. There is, however, a heat source that can speed up the drying process, and that is the headlamp. So if you drive with your lights on, you'll have fewer fogging issues. Xenon lamps produce less heat than halogen lamps, so it will take a little longer for condensation to clear from xenon headlights.

Moisture inside headlights is quite common. A few tips help keep you in control.

3. Is fogging a good reason to file a complaint?

No. The same way you wouldn't make an official complaint about fogged up windows. Once the condensation clears, everything will return to normal and there will simply have been a short time when your headlights haven't been at their best.

4. Does fogging have any adverse effects on light?

This would only be the case if the condensation extended over the part of the lens through which the light from the projector is emitted. This would then lead to an uneven distribution of light, leading to glare for oncoming drivers. Generally speaking, however, condensation only affects those parts of the lens which are outside the light emitting area. Condensation especially likes to collect at the bottom in the sharp corners that designers are so fond of creating. Ventilation has a tough job reaching these places. That's why you can even see water droplets there.

A hair dryer can help remove stubborn deposits from the headlights.

5. What can I do to prevent fogging?

It is not possible to prevent it completely. In fact, most automakers say so precisely. Wet summer days and cold winter days provide ideal conditions for this phenomenon that so many car owners find unappealing. But there are several ways to minimize the risk. Most likely to succeed is driving with your lights on all the time. If fogging persists, the tips we have already mentioned will help speed up the drying process.

6. Condensation will not disappear. Can I do something?

Sometimes, and in some cars, it can take a while. If it's really bad, you can use a hair dryer. Obviously, you have to be careful how you use it. Do not point it at plastic components, as you may damage them. Ideally, it will be enough to heat the headlight from the outside, but it will be faster if you can direct the hot air to the headlight from the engine compartment. To do this, remove the cover as if you were about to replace a lamp. Some shops have even started using silica pads to dry the condensation. You've probably seen them in the packaging of electronic items. They can only be used once and do not have to be kept permanently in the lighthouse. A few hours with the car stationary should suffice. However, do not put silica pads in the reflectors, as they can easily get stuck there.

7. Can I improve the ventilation of the headlights, for example by making more holes or leaving the cover behind?

No. In most cases, this would only make the problem worse as the airflow through the enclosure would be compromised. There would also be a much greater risk of dirt getting into the headlights. And dirt doesn't go away on its own. There are headlights that aren't exactly well designed, and others that are installed with less than optimal ventilation. This may be why some manufacturers have issued instructions on how to install additional tubes to improve air exchange. Changes to ventilation holes also fall into this category. It is best to ask your official dealer.

8. Should I try to open the headlight to remove the moisture?

No way! The risk of breaking something far outweighs the minor irritation of headlights not looking their best. And anyway, the adhesive between the lens and the closure is really strong. You may have come across the “oven trick”. This damages internal components and can warp the case.

9. I washed the engine. Now there are gray spots in the headlights.

These are residues of the detergent used. The high-powered jets from the car wash forced some of it into the headlights. Unlike pure water which has condensed due to humidity in the air (i.e. fogging), detergent deposits will not disappear on their own. Never point a jet of water directly at a headlight. Not even from the outside.

10. There's “a few inches of water in my headlights.

It's not fog. In most cases, this is caused by a small crack or a broken seal. In a few cases, it may be because a hole is clogged. There are several reasons for this. Insects were found in the holes. And dirt is a common cause. Shop mechanics have even come across some clever people who have plugged the holes with sealant, preventing water from flowing out.

When it comes to fogging and moisture in headlights, you can do more harm than good. So our advice is to ignore it in the first place. 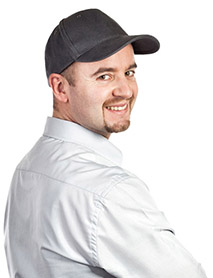 For any question on your order
or information on our products